Hello interweb, Nate here!  So, the DCEU has been kinda sucking hasn’t it?  I mean, Man of Steel sucked, Batman V Superman – while I like it as a guilty pleasure – is plagued with sloppy writing, and Suicide Squad most see as the worst of the DCEU movies.  So this year Justice League and Wonder Woman is coming out.  Justice League will probably suck, and I’m really hoping Wonder Woman is at least a good movie if not a great one.  But one criticism the franchise has been facing over and over again is that they’re rushing the movies out too quickly to catch up to Marvel.  Hell, they’ve announced a Nightwing movie when The Batman is still having development issues at the moment!  So I was wondering if I  was in charge of this whole project, how would I run it?  So here’s my idea! When reading this, keep in mind that I’m starting from a clean slate.  Meaning I’m pretending Man of Steel, Batman V Superman, and Suicide Squad never happened!

Also keep in mind I’m just focusing on the story aspect at the moment.  Not thinking about cast, directors, writers, etc.
END_OF_DOCUMENT_TOKEN_TO_BE_REPLACED 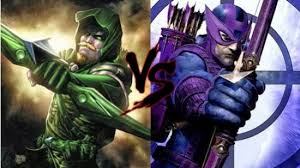 Hello interweb, Nate here.  So my most popular post with 337 views is my Quicksilver Vs Flash – Character Compare and I haven’t really went back on this series for some reason.  So I’m going to try and do a few more of these only I’m changing the rules very very slightly so if you haven’t read QS Vs Flash then go check it out and you can see what the original rules were but the rules for this Character Compare are below. END_OF_DOCUMENT_TOKEN_TO_BE_REPLACED

Hello interweb, Nate here.  So these past three weeks I have been busy and having trouble keeping up with my posts.  Two weeks ago I helped out with my church’s VBS, last week was my church’s youth group trip, and this week I’m helping with my grandparents VBS.  So for today’s post (whoch should have been yesterday’s) I’m just doing a simple top 5 list.  This list was inspired because I recently thought of some awesome comics that would be totally BA as a live action movie.  The rules are below, now lets get to the list. END_OF_DOCUMENT_TOKEN_TO_BE_REPLACED

Hello interweb, Nate here.  So sense part 2 of my Teen Titans review isn’t quite finished yet, I thought I’d make this post to stall for time.  The rules are below, now lets get to the list.