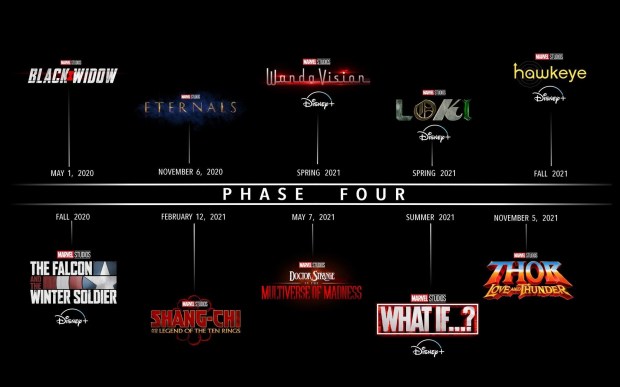 Hello interweb, Nate here!  So all of you probably know by now that Kevin Feige made a splash at Comic Con with his Marvel Phase 4 announcements and I, for one, was thrilled at everything they revealed.  I’m just gonna go into my general thoughts first before I tackle each individual property in more depth, but before I do that I wanted to discuss some future plans I have for this blog.  Soon after this post is published, I will be working on my ranking of every individual Marvel superhero in the MCU from Phases 1-3, so if you’re interested in seeing my thoughts on all of these characters stay tuned for that.  After that, I’m going to start reviewing the MCU movies I’ve missed due to my long absence from this blog only back words from when they were released.  This means my very next review will be on Avengers: Endgame, then Captain Marvel, Spider-man: Into the Spider-Verse (yes, I realize that’s not an MCU property, but I absolutely loved it and wanted to review it anyways), and wrapping up with Ant-Man and the Wasp.  So, keep an eye out for those reviews coming soon!

In addition, last year I announced that I was going to do a “Ben 10 Week” where I review each series of the franchise and the movies that comes with it.  However, this came soon before I had some personal struggles that killed this blog for a while.  I do intend on completing “Ben 10 Week” but the specific details will be revealed as I finalize those reviews.  The Ben 10 franchise is a franchise that means a lot to me so I really want to do this justice and do a good job on explaining why the series is so great and deserve more love.  With that said, let’s get into what this post is actually about!  Marvel: Phase 4! END_OF_DOCUMENT_TOKEN_TO_BE_REPLACED

Hello interweb, Nate here.  So I’m going to try something I’ve never done before: a response post!  Now I’ve never done a response to anything before besides comic book news but I am subscribed to several YouTubers who does response videos for a living so I thought I could try it out myself.  Now this video here was posted 8 months ago at the time of this writing and it is from BuzzFeedYellow.  Now BuzzFeed is very well known on the internet so I’ll only briefly explain who they are.  They’re a series of YouTube channels that are very pro-feminist, pro-tolerance, pro-acceptance, etc.  While none of those are inherently bad, in my opinion at least, they have a reputation for spitting out a lot of low quality videos focusing more on quantity over quality.  Now they are a business so it makes sense on a marketing stand point since the more videos you make the more views you get and the more money you make.  However this does mean that quite a few of these videos are commonly responded to and are often criticized for their stances on things.  Since I talk mainly about comic books on this channel I thought I could take a crack at responding to one of their videos over comic book women.  More specifically how artists chose to pose them.  Because as we all know, women are constantly objectified in mainstream comic books and men are never drawn with unrealistic bodies or in extreme poses.  Now I do want to point out that I will not be taking every second of this video and analyzing every word uttered here simply because I really don’t need to go over when people say things like “I’m nervous” or “I think I can do it”.  I’ll go over the important bits and respond to anything I feel needs a response to.  So let’s begin, shall we? END_OF_DOCUMENT_TOKEN_TO_BE_REPLACED 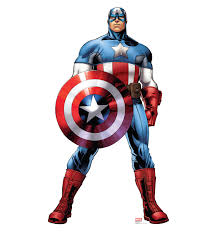 Hello interweb, Nate here.  So Cap has been quite busy since his third movie.  Why do I say that?  Because two twitter hashtags have popped up since the film’s release.  These hashtags includes #GiveCaptainAmericaABoyfriend and #SayNoToHydraCap.  So what are my thoughts on these controversies that have popped up suddenly?  Well let’s take a look! END_OF_DOCUMENT_TOKEN_TO_BE_REPLACED 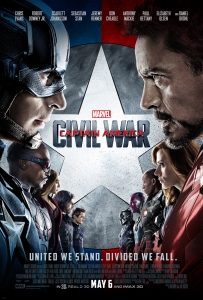 Hello interweb, Nate here!  So I actually managed to see this movie in theaters on opening weekend so I can actually review it fairly early!  Now I’m not going to beat around the bush or anything and just simply jump into this review.  But before I review this thing I should warn you that this is a SPOILER REVIEW so if you don’t want to be spoiled (and trust me, you do NOT want to be spoiled) and you haven’t seen this movie yet than please read this at a later time.  With that said you might want to grab a snack ’cause this will be a long one!
END_OF_DOCUMENT_TOKEN_TO_BE_REPLACED

Warning:  All of what I’m about to say may very well be me speculating and theorizing.  So if I say something that contradicts something that is revealed later than that is why.  Also just to be on the safe side I’m just going to say there are possible spoilers below but I highly doubt there’s anything that will ruin the movie if I mention it.

Hello interweb, Nate here.  So Captain America: Civil War finally has its first trailer released for the world to see and since I’ve done one of these “Review and Explained” for the past few trailers why not do this one.  The trailer is at the top of this post so you can see what I’m talking about as I review this thing so let’s get into this trailer! END_OF_DOCUMENT_TOKEN_TO_BE_REPLACED 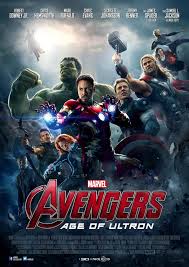 Hello interweb, Nate here.  I’ve finally seen the films Avengers: Age of Ultron so now I can finally review this thing!  The reason these reviews take so long is that I live in a family of five and so a trip to the theaters is pretty expensive so we usually wait for movies to come out on DVD.  So if you’re waiting for a review on Ant-Man or Fant4stic than you’ll have to wait a little longer.  Now before I officially begin this review I do want to say that this is a spoiler reviews.  Let me say that again, this is a SPOILER REVIEW.  One more time, THIS IS A SPOILER REVIEW! If you haven’t seen this movie yet than I think that’s going to be the biggest “stop reading this” sign you’re going to get.  This is my first film review so hopefully I can get all my thoughts down but if I miss something and you’re curious than just ask and I’ll be more than happy to share my opinion.  So let us begin! END_OF_DOCUMENT_TOKEN_TO_BE_REPLACED

Hello interweb, Nate here.  These ladies aren’t going to be a damsel in distress anytime soon.  Today, I’m going to count down the top 10 female superheroes in honors of Mothers Day.  The rules are below, now lets get started.