Hello interweb, Nate here!  So Thursday I announced that for my 100 follower special I’d do a Q&A.  Now this was an experiment as I probably won’t do these often (maybe every 100 followers?) but I did get a couple of responses from you guys so it’s time for me to answer them!  I did take screenshots of each comment just so I don’t misquote anyone (that and it’s easier than retyping out the question when it’s already made) and I will link you guys to each responder’s blog! END_OF_DOCUMENT_TOKEN_TO_BE_REPLACED

Hello interweb, Nate here.  Hey, remember that Character Bio I said I’d do for my 100 Follower Special?  Yeah, it’s not done yet!  I’ve been going through some personal stuff in my life as of recently so I’ve been struggling to find the motivation to actually get it done so I thought I’d do something different.  Now I’m still doing the Character Bio which I chose Ms. Marvel (Kamala Khan) as requested by marvelvarietal (you can check their blog out by clicking that link) because I’m already half way finished and I actually do love Kamala so it would be nice to have her bio up on this blog.  However, I figured a Q&A may be easier and quicker to do since I’m literally just taking your questions and answering them.  I am at 108 followers however I doubt most of them will participate so I’ll allow you guys to ask as many questions as you wish and they don’t have to be strictly about comic books.  They could be about pretty much anything you want to know.  So comment below with any questions you may have and I’ll be answering them this Saturday on the 19th.  Peace! 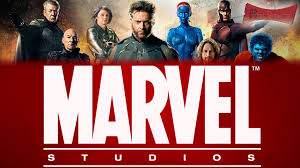 Hello interweb, Nate here!  So Fox has stated that Logan (which may be the first Wolverine movie that I’m actually excited to see thanks to X-23) will be Fox’s final movie in their X-Men franchise before they reboot it.  Now this has lead to some speculations that the X-Men may be heading back to Marvel in a Fox/Marvel X-Men franchise similar to what Marvel and Sony have for Spider-man. END_OF_DOCUMENT_TOKEN_TO_BE_REPLACED

Hello interweb, Nate here!  So big news just hit!  Warner Bros Animation just announced a confirmation that season 3 of Young Justice is in the works!  Honestly, when I first saw the news on Facebook I didn’t believe it since the series was canceled roughly 3 years ago and it looked like hopes for a revival was gone.  Even after both seasons were released to Netflix I really didn’t think the show had a chance.  However, with a combination of Netflix views and fan protests, we finally got a 3rd season!  I’m just super excited that this is actually happening and I can’t wait to see where they’re going to go since the second season ended on a tease of Darkseid and they just ended the Blue Beetle arc so the possibilities are out there.  So that’s really all I have to say about this, no need to drag this on more than I can.  So with that, have an awesome day and vote for [insert random presidential nominee here] for president 2016! 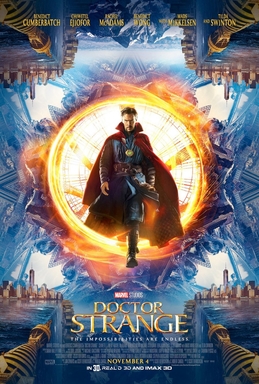 Hello interweb, Nate here!  So yesterday I went and saw Doctor Strange on opening night and so I get to review it early!  So let’s not waste any more time and jump into it!  As always SPOILER WARNING for those of you who haven’t seen this film yet which very well might be most of you.
END_OF_DOCUMENT_TOKEN_TO_BE_REPLACED

Hello interweb, Nate here.  Sorry for the delay on the 100 Follower special.  I’ve been going through some things lately and just haven’t gotten around to finishing it.  I have started however so it is on it’s way to being complete but at this point I’m just not going to promise any specific dates.  However today I’m responding to an article that appeared on my Facebook feed The Problem with Romanticizing Joker & Harley Quinn’s Relationship written by Kalea Martin for HerCampus.com.  Now I know little about the author or this website as it just appeared on my Facebook feed as a “recommendation” however it’s not really the article itself that I’m going to respond to but the idea that Harley Quinn is a sexist character because of her relationship with the Joker and how people romanticize this relationship when they shouldn’t.  Because I have seen people say this about the couple over and over again and it is a something that annoys me whenever it’s brought up so I thought I might as well tackle it here.
END_OF_DOCUMENT_TOKEN_TO_BE_REPLACED